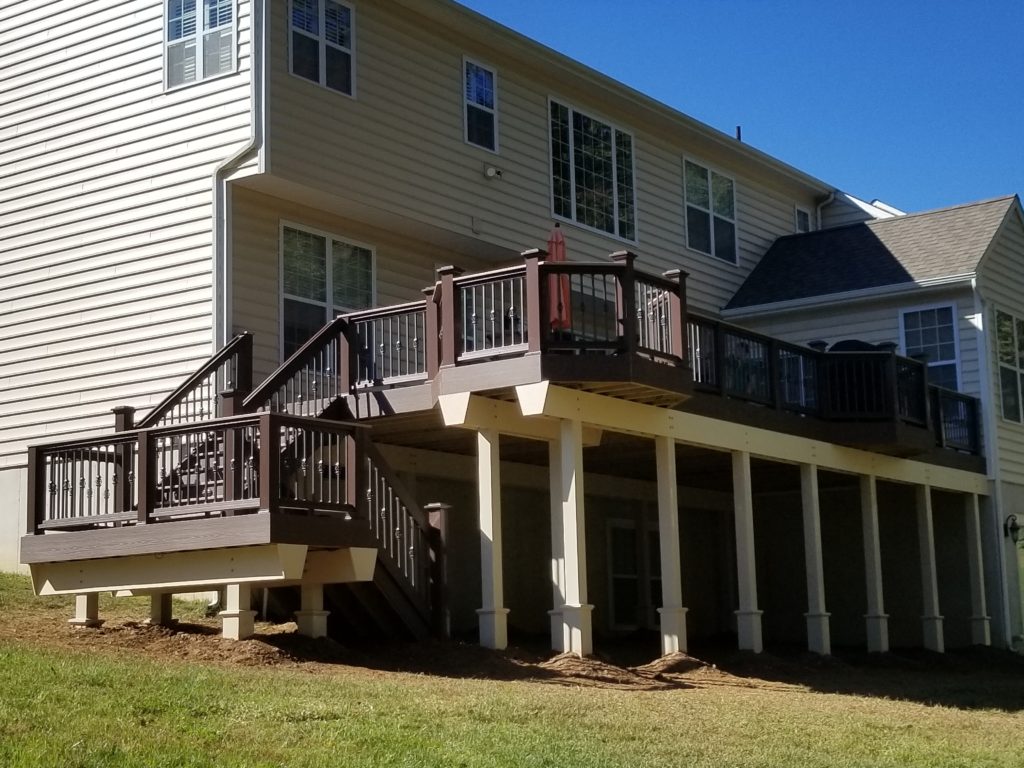 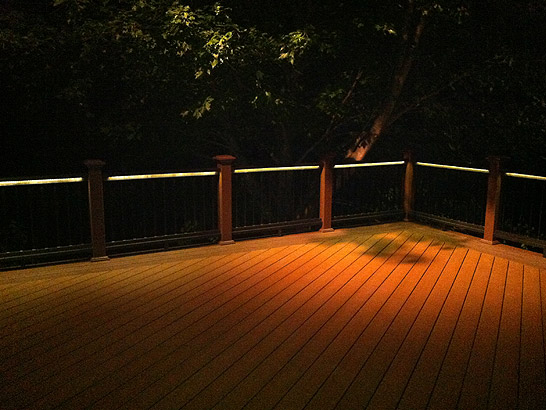 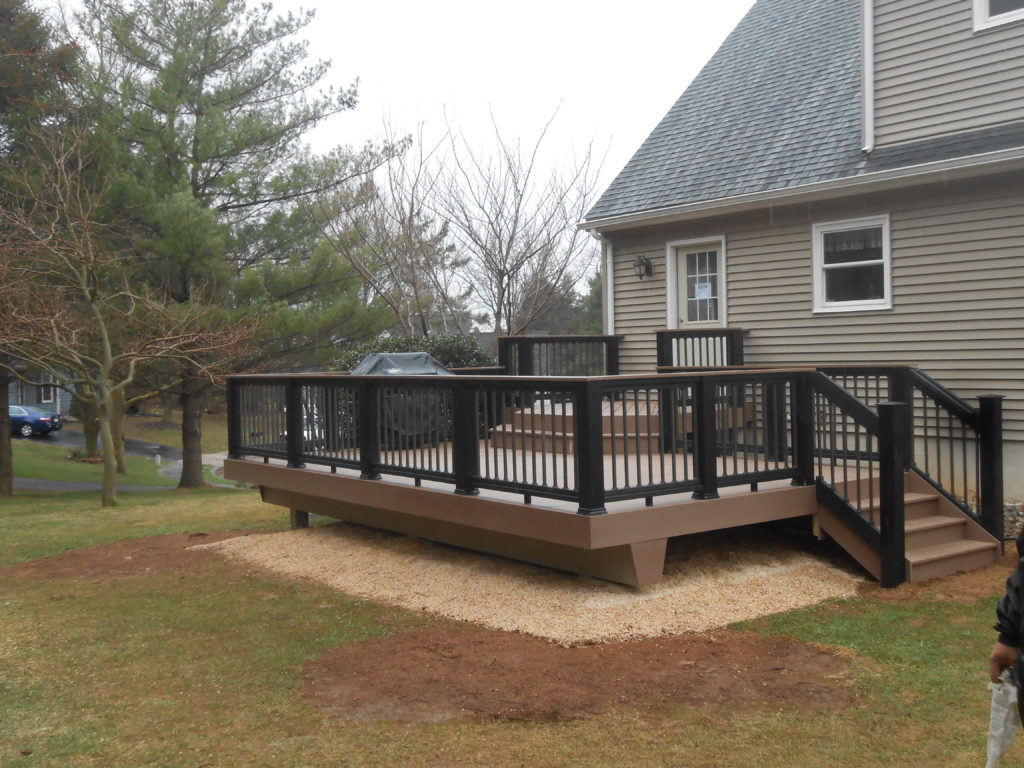 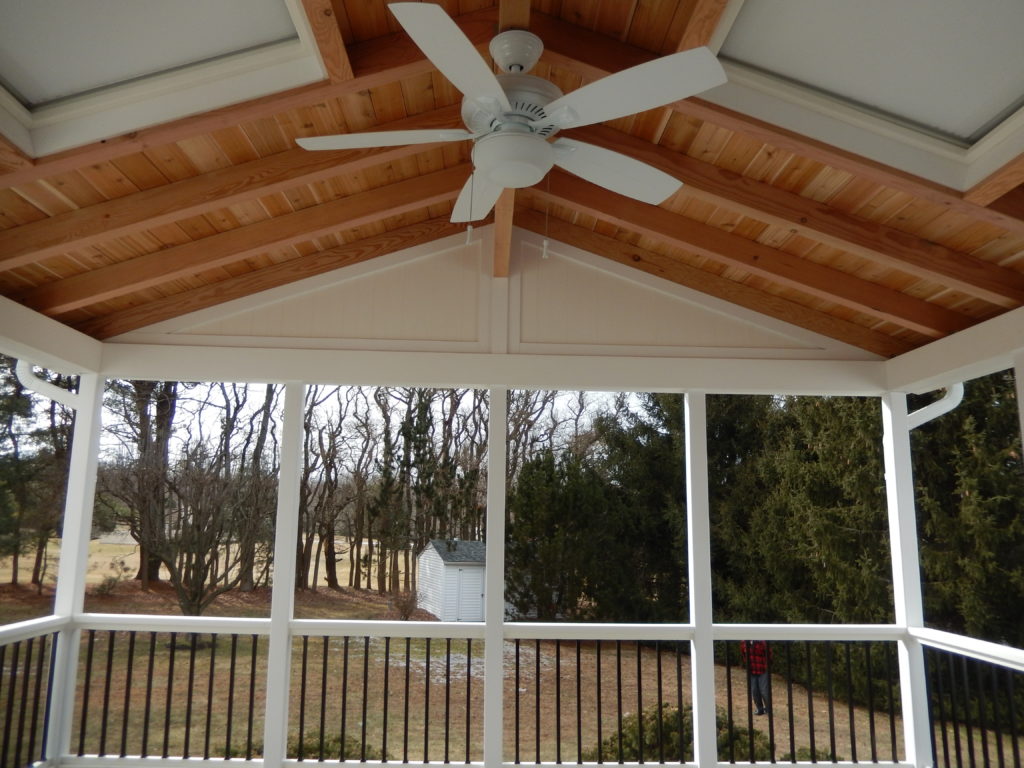 This pic is of birdhouse young Mike made for Mrs Lovell out of the materials from her old cedar deck that held a lot of memories! Cute little Charlie spent the week with his Grandparents (Mr. and Mrs. Smith) for Spring Break and was so interested in the construction. He wanted to help along with his Grandpa and did a great job plugging our steps and top rail screw holes! Such a hardworker…even had his own tool pouch!!! The guys posed with him at the end!

Dad will probably not speak to us, but the man is a total workaholic and works so many hours. He will be mad since he hates attention! I just thought customers should see Dad…after he has already put in at least 8 hours in on the site during the day building the decks, he goes in the workshop each night for a few more hours putting together deck components for the next day. He loves what he does so much and no one ever sees how much he does behind the scenes. He doesn’t know we are putting this on the site…but we think people should know how much he loves what he does and puts into each and every job personally! Here he is cutting and putting together Mr and Mrs Raucci’s rail for their Hockessin deck.

The guys came across a tiny little pile of newborn kittens (eyes not even open yet) under an old front porch we tore off…with so many strays around, and several attempts to catch some of them to see if they were the Mother with no luck, Loni ran over and took them to SPCA but they were overwhelmed with so many kittens… so Loni, given the supplies she would need , took them home and is nursing them, tube feeding them, you name it! Pls. pray these little guys make it!!!